Shangri-la Tulku Khyungser Trichen Rinpoche the reincarnation of the 65th Head of the Gelug Lineage of Tibetan Buddhism.

His Eminence Kyabje Khyungser Trichen Rinpoche was born in the Iron Bird year in Switzerland into the Khyungser family of Gyalthang (Shangri-la) in Eastern Tibet.

An old Yogi had predicted that Rinpoche’s mother Yum Tashi Lhamo would bear a son who would be a protector; powerful and wise like the Cha Khyung (Garuda) and would turn the wheel of Dharma for the benefit of all sentient beings.

Early on Rinpoche was identified as a reincarnated lama, a Buddhist spiritual leader by high Lamas of the Gelug lineage as well as the other schools of Tibetan Buddhism.

His Holiness the Ganden Tri Rinpoche the Spiritual Head of the Gelug Order of Tibetan Buddhism also officially confirmed and recognized Rinpoche as the unmistaken incarnation of the Great Throne holder Trichen Gendun Tsultrim. 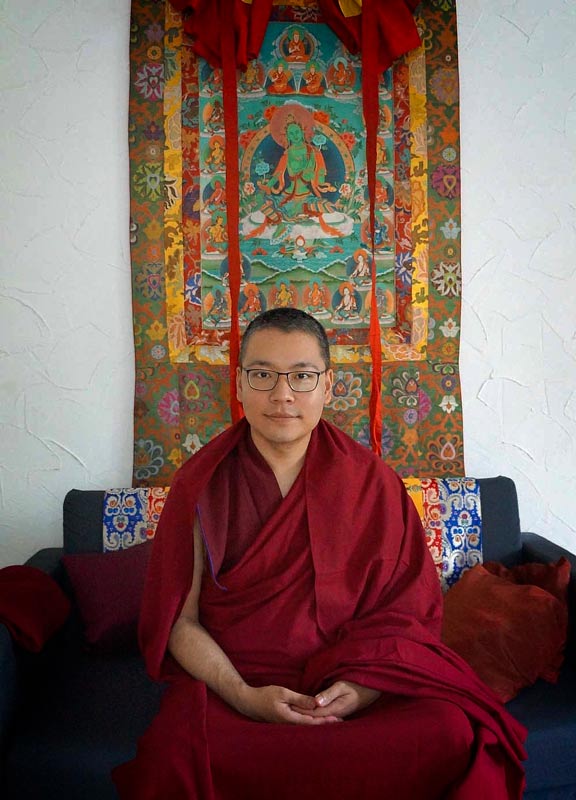 Trichen (Great Throne Holder) Gendun Tsultrim Rinpoche was the 65th Head of the Gelugpa lineage, holder of the golden throne of Ganden and successor to the King of Dharma Lama Tsongkhapa.

Rinpoche was born in Gyalthang (Shangri-la) Tibet where he joined the local Ganden Sumtseling Monastery and became a novice monk. At the age of 25 he left for Lhasa to study at Sera Monastic University where he earned the Geshe Lharampa degree, the highest degree in the Gelug school of Tibetan Buddhism.

Trichen Rinpoche became famous as a great scholar and meditation master in Tibet and beyond it’s borders and was one of the most eminent masters of his time.

He gave extensive teachings on the Sutra and the Tantra and was tutor to many great Lamas such as His Holiness the Panchen Lama.

The Emperor Qianlong awarded Dharma King Trichen Gendun Tsultrim Rinpoche with a seal, official rank in his Imperial court and honored him with a golden letter of felicitation.

Rinpoche served the Dharma as the Abbot of Chokorgyel Monastery, Gyuto Tantric Monastery and Ganden Monastery.

Trichen Gendun Tsultrim Rinpoche’s spiritual incarnation lineage goes far back into the past to the time of the previous Buddha. 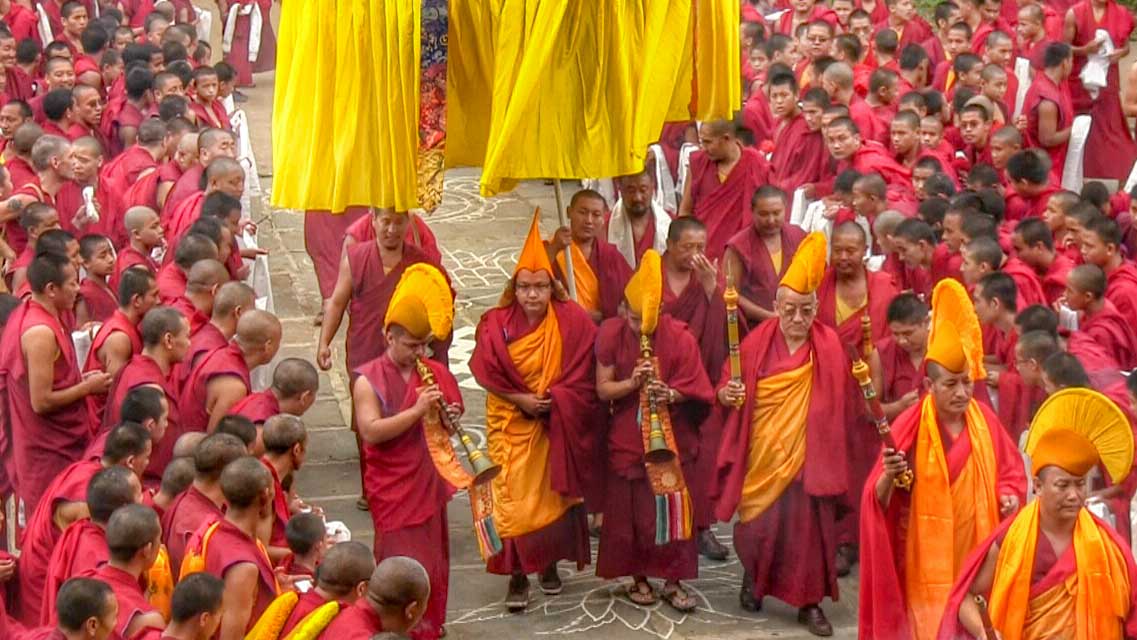 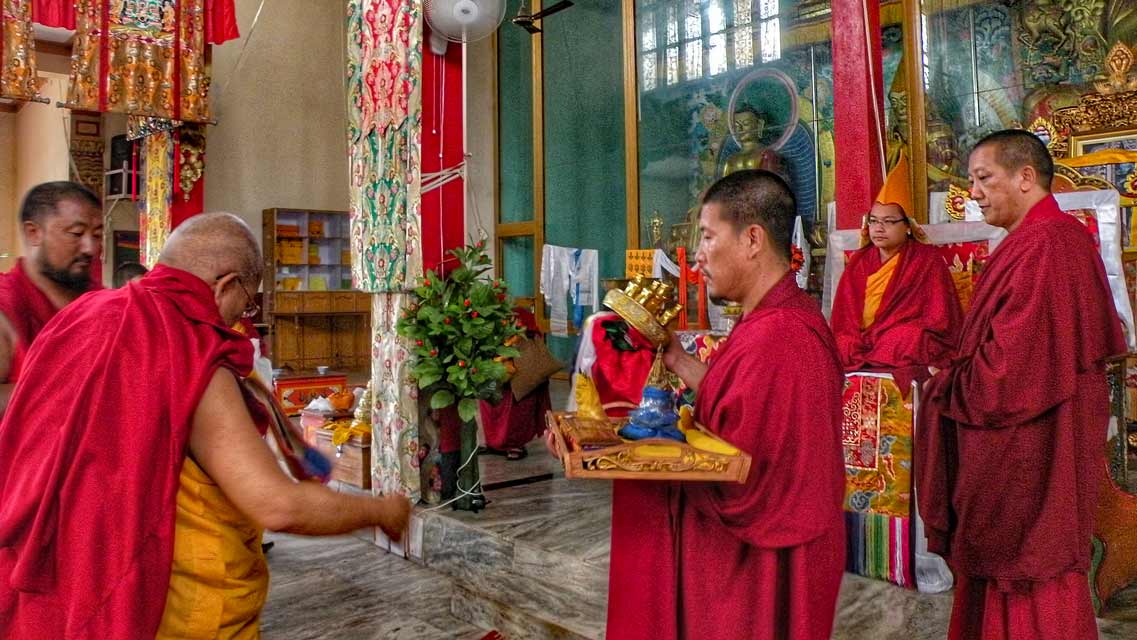 The current incarnation of the 65th Gaden Tripa was blessed and named Namgyal Dorjee which means victorious, indestructible and compassionate by His Holiness Kyabje Yongdzin Trijang Rinpoche, the junior tutor to the Dalai Lama.

His Eminence was raised in the West and joined monastic life at a later period. He received his vows from his precious Guru His Eminence Gyumed Khensur Sonam Gyaltsen Rinpoche and was given the Dharma name Sonam Rabgye.

Shangri-la Tulku Kyabje Khyungser Trichen Rinpoche is one of the highest ranking incarnations in the Gelug lineage of Tibetan Buddhism. His Eminence is a Throne holder of Shar Ganden Nampar Gyalwa Ling Monastery and belongs to the monastic communities of Ganden Sumtseling Monastery (Shangri-la) and the Gyalthangba community of Serpom Thoesam Norling Monastery.